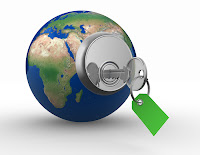 Several years ago, I was teaching at the University of the Nations in Kona, Hawaii.  Jan was with me and one night while we were walking the beach, I heard the still small voice of the Lord speak to me.  "I am closing the door to Hawaii and opening the doors to Korea!"  I shared this with Jan, who was sure I hadn't heard correctly (lol), however within 1/2 hour we were back at the base in time to hear at knock at our door.   A young Korean woman stood there and delivered a message that we clearly understood, "I would like to invite you to Korea to teach!"

That was eight years ago, and I have been ministering in South Korea three to four times a year since that day!  And each time I go I find the most surprising doors have been opened and continue to open, as He promised, not only to Koreans living in S. Korea, but to Koreans all over the world!

Over the years, I have found South Korea to be a culturally rich country and the people,  remarkably hospitable. Their hunger and desire to embrace Intimacy with God and the Presence of Holy Spirit can be overwhelming, at times.   I believe many are carrying, in their loins,  the fire that was deposited in the nation during the Great Korean Revival of 1907 (North Korea) and one day that 'Divine Fire' will be the initiator of the reunification of North and South, and a second Great Revival!

Sometimes, and I say this without judgement, that 'Divine Fire' can remain controlled within the confines of church structures, however there is soon coming a time when no man made structure will be able to hold back what 'Released Saints' will be able to accomplish in His name!

One of the ministries I love to facilitate is 'Beyond Freedom', a four day seminar which exposes and deals with many of the underlying belief systems that keep Christians bound, even though they have accepted Christ as Saviour.  (In Korea to facilitate translation, we call the seminar 'Set Free to Soar')  Culturally, Koreans are sensitive to discuss personal things that may be hindering their personal spiritual growth and I was reluctant to bring this teaching until the Lord opened this door for me, which He recently did.  Only with His grace can we move past cultural barriers and delve into deep emotional and spiritual areas of wounding.  And again, as He promised, He is behind EVERY door that He opens and we have been experiencing incredible fruit and favour at these weekends!  Praise God!


In Jesus we are given the power not only to free us from the flesh, but also the power to live beyond freedom, that we might love one another as Christ loves us. We will never be able to live this way out of our own strength or out of our own nature. We can do so only as we live by the Spirit God gives us in Jesus Christ. And so we find ourselves called again to this table. For it is here that you and I are nourished on the food of the Spirit. Christ calls us here to give us the gift of Himself and power to put away the things that would divide. Here, he gives us power to move beyond freedom into the life-giving servanthood, servants to one another, and most of all, devotion and obedience to the One whose service is perfect freedom.  (Taken in part from a sermon on freedom by  Dr. Fred R. Anderson)