Postures for Intimacy with God 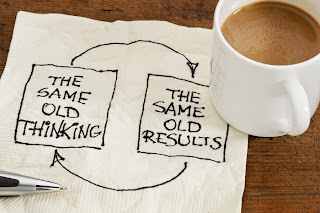 Have you ever been talking with someone and in their conversation you hear a word or phrase  that really resonates in your spirit?

That happened recently when Jan  and I were having coffee with long time friend Ralph Bromley.  He used the phrase “dropping your nets” and immediately I knew that the Lord was wanting to show me something in the scriptures.

This scripture refers generally to the calling of the Peter,  Andrew, James and John.  And, I began to think about their life's situation. Working hard, settled in their vocation as fisherman, and owning their own boats.  They had invested time, energy and money into the boats, the nets and the equipment and all that was of them required  was to be a successful fisherman.
And then Jesus walks by and calls out to them to follow Him.   And their response?  Immediately they left their nets!  The authority in the voice of that man was not to be questioned.  They knew in their spirit that this was their call and immediately they obeyed.

Why fisherman?  I think because the early church was postured to see a release of power, signs and wonders, miracles, healings  and even raising the dead.  Jesus could have chosen more scholarly men - perhaps a scribe or Pharisee,  but he choose common fisherman.  Jesus knew that if the fisherman did works of power , people would know it had to be God!   And just maybe because man's wisdom and learned eloquence would have got in the way.of the miraculous!  Paul was wary of it:

Corinthians 1:17  For Christ did not send me to baptize, but to preach the gospel—not with wisdom and eloquence, lest the cross of Christ be emptied of its power.


And now, some  2000 + years later, many are hearing Jesus making the same statement. “Come follow me”.  Leave what you know, leave what you are comfortable with and follow me.  There is more!

Each one of us have been called to serve Him; and,  as varied as our personalities, life experiences and giftings are, so varied are the assignments He has for each one of us.  If you haven't already, ask!

Luke 5:5 Simon answered, "Master, we've worked hard all night and haven't caught anything. But because you say so, I will let down the nets." 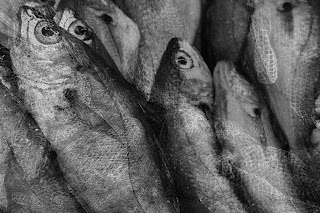 Imagine if  you worked hard all day, all night, and caught not one fish.  And then Jesus comes along and says 'try over there'!  Some might have said 'we know what we are doing - we are expert fishermen!'  But instead they did as He commanded, and pulled in two boatloads of fish, so heavy in fact that both boats were breaking up!  And then they left their nets and their boats and their fish (money) and immediately followed Jesus.

So often, we as believers can be like the fisherman who worked as hard as was humanly possible all night, coming up empty handed.  Our night might be twenty years and our work in the workplace or pulpit.  But what we must remember is that we are a Kingdom people, generous and kind, living in this world, but not of it, armed with weapons that are not carnal and set apart for a special purpose.  And everything that we do and all that we are has it's foundation on the Word of God.

And when our nets come up empty, it is time to ask Jesus, "Lord, where do we drop our nets now"?

Notes on a Napkin