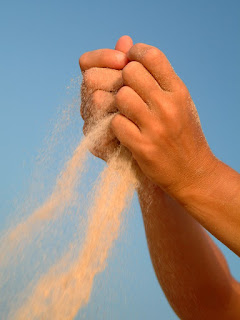 Many of us were glad to see the hind quarters of 2009, as the challenges of global recession, terrorism and natural disasters affected all sectors of our society. Organizations merged, businesses closed, real-estate markets generally continued in decline, market place organizations, including the Christian community, experienced huge layoffs, financial mergers, re-evaluation of purpose and re-focusing of mission and vision. The clean up from last year’s major floods, earthquakes and fires continues. I am sensing for 2010, that we can anticipate more of the same. Events like the 2010 Winter Olympics in Vancouver may bring some excitement and relief for a few weeks, however, it appears that the recession is far from over. The American – Canadian dream is falling like sand through the fingers, and many people will continue to live in fear of tomorrow.

Luke 21:8-11 He replied: “Watch out that you are not deceived. For many will come in my name, claiming, ‘I am he,’ and, ‘The time is near.’ Do not follow them. When you hear of wars and revolutions, do not be frightened. These things must happen first, but the end will not come right away.” Then he said to them: “Nation will rise against nation, and kingdom against kingdom. 11 There will be great earthquakes, famines and pestilences in various places, and fearful events and great signs from heaven.”

Recent successful terrorist attacks simply exposed the impossible task of fail proof homeland and airport security being a possibility. Opposition to the war in Afghanistan will increase substantially this year, as more young men and women are killed in battle. In 2010 the financial sector will continue to wobble back and forth from week to week, with a downturn slide beginning in May. More layoffs, mergers, and highly creative management will become apparent with many large corporations in an effort to avoid bankruptcy. The Christian community will also be effected and I believe that in 2010 many independent churches will have to either close their doors or amalgamate with other like minded churches due to drastic reductions in tithes and offerings. 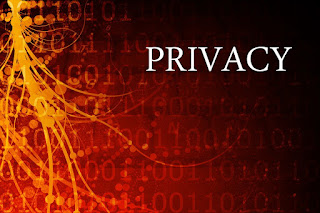 The issues of personal privacy will become controversial as airport security scanners expose the naked bodies of travelers to ensure that no one is carrying dangerous explosives. More airlines will enter bankruptcy or merge in order to continue in business. More security breaches will take place and more terrorist events will occur in the USA. Further natural disasters are likely.
On the Church scene, all kinds of doctrines will be competing for our attention. End time theologies will abound, resulting in a proliferation of end time books coming out, most with opposing views which will add to the confusion in the Christian community. The dark side of the supernatural realm will continue to be presented by way of books and Hollywood movies. Certain cults will be exposed and get national media attention. However, in the midst of all the trouble, Physical Healing and Evangelistic Crusades will increase this year, with new signs and wonders taking place. 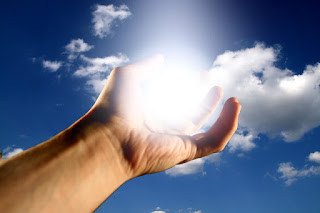 Crisis will be a by-word for 2010; however this can also be a time of opportunity for the church to be a  light in a time of fear and darkness. 2010 is a year to rest in the sense of our trust in the Lord in all things, 2010 is a time to guard marriages and friendships. There will continue to be a huge exodus of Christians leaving the organized church in search of a deeper sense of community and relationships. A fresh hunger for Holy Spirit and intimacy with God will be on the rise as many seek the reality of their faith. As many Christians have become disillusioned, discouraged, and disappointed with church leaders, they will be looking for authentic Christianity free of politics. As a result, House Groups and House Churches will proliferate in 2010. 2010 is a year to hold onto what we have victory over. In times of peace and favor we can take the land, in times of turmoil we hold the course. For some 2010 will be a season of rest in the Lord and time to get back to the goodness of God; a year of rest to recharge their spiritual batteries, in preparation for 2011. For others it will be a season of moving forward step by step as Holy Spirit directs.


John 14:12 I tell you the truth, anyone who has faith in me will do what I have been doing. He will do even greater things than these, because I am going to the Father.

Jan and I want to encourage you not to fear the signs of the times, and don’t be afraid. God has not forgotten us and he is surrounding his Bride with protection and help in these times of uncertainty.

2 Kings 6:16-17 “Don’t be afraid,” the prophet answered. “Those who are with us are more than those who are with them.” And Elisha prayed, “O Lord, open his eyes so he may see.” Then the Lord opened the servant’s eyes, and he looked and saw the hills full of horses and chariots of fire all around Elisha.