The 'church' in the bible refers to, not a building, but a group of people sharing a common belief and worshipping together in unity. According to the Bible there is only one God, one faith, and one way to worship him, that is as set out in Holy Scripture. That united group is the one true church, who show their faith by the way they live their lives, in peace and love, love for God, for his word, for creation, and for fellow humans, including friends, family, strangers and even loving their enemies. 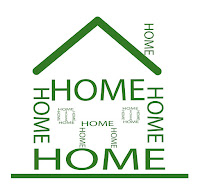 There is a phenomenon that is becoming prevalent throughout the western conventional church. Members and attendees, for a variety of reasons, are looking for a simpler gathering that is less structured than conventional church. And they are being drawn into ‘House Churches’ or ‘Simple Churches’ that can be defined as ‘a Christ-centered community established primarily on relationship both to God and to the other members of the group.’ In doing so these gatherings discard many aspects of conventional expressions of church (bulletins, announcements, programs, building maintenance and costs, hierarchal government, and receipted giving) in exchange for an opportunity to focus solely on the core practices of Christianity.

I need to make it clear, though, that I am not throwing stones at the conventional church. I simply continue to personally question the business practices, governmental structures and costly non-essentials that can become such a distraction and financial burden to the body of believers.

Today I was disappointed but not surprised to read the following news report:

The church (Robert Schuller’s Crystal Cathedral) has been facing massive debt, with an astonishing $43 million being claimed in the Chapter 11 filing earlier this month. Most of the cost comes from the mortgage on the lavish Crystal Cathedral, which has long since been held as an example of the extravagances of the televangelist movement. Another $7 million of the overall debt has been due to costs, such as large pageants during the holiday season.

As I read the news, I had an ominous feeling that this may be the first of many large churches to experience the same financial disasters over the years ahead. And so in my quiet time this afternoon, I asked the question: Lord, what is your church going to look like in the next 20 years? And very quickly, I had an open vision which I will share as I saw it for you to judge. 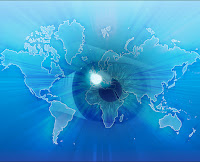 I saw an explosion of technology advancing with amazing ideas and concepts. I saw televisions or monitors that were paper thin and mounted on a wall. They were large screens - 8x12 feet, and in super 3D. It might even have been a HD Hologram image on the wall - I’m not sure. However the picture was crystal clear and it felt like the people were literally right in the room.

I saw the best Christian teachers and the best preachers available at a touch of button...including books. The teachers or preachers were not preaching to a live audience but were preaching from a sound studio. The broadcast was live and available in 3D broadcast right into the house. The sound systems were far more fine tuned then what we have today.

Worship was projected in the same as the preaching teaching - broadcast from a studio into the house. With incredible sound and HD clarity it was as if they were in the room as well. As a result of this technology people were able to stay at home and receive excellent teaching, preaching, worship and testimonies as a family, as a house church, or as a small group on a Sunday morning or anytime that is convenient. I saw love offerings being given electronically via something that looked like an I Phone.

While still in the vision, I began to question - What about the anointing? What about praying for people? What about prophesy and healing? And then I further saw that although this was happening naturally in the smaller groups, this was also accomplished through interactive screens. As well I saw what looked like special events for healing meetings, impartation meetings, laying on of hands meetings held in everything from large gathering rooms to hotel conference rooms and even to stadiums!

My focus changed to 4th world nations and I saw that wherever there was the capability of supporting the technology, this was also in their future. However in the more remote places, I saw the gospel going forth in traditional means.

As the vision faded, I was left with the thought – I really hope that Jan and I are still alive and well in 2030 to see this come to pass!
Gord's Thoughts Prophetic revelation