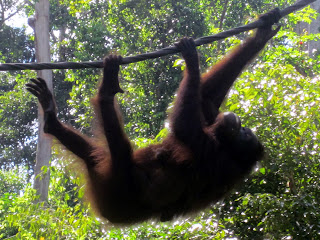 The present town of Sandakan is known as the gateway for destinations in Sabah, such as the Rainforest Discovery Centre, Turtle Islands Park, Kinabatangan River and the Gomantong Caves. However, the town of Sandakan, in its heyday as a timber centre, once claimed to have the greatest concentration of millionaires anywhere in the world! The city was rebuilt on its present site in 1879, after an earlier settlement accidentally burnt down. The region had been known for centuries for its pearls, camphor, bees’ wax, sea cucumbers and edible birds’ nests, attracting traders from the nearby Sulu Sultanate and from as far as China.
A group of English businessmen, who bought the rights to the northern tip of Borneo from the Sultans of Brunei and Sulu, formally established British North Borneo in 1881. And Sandakan was made its capital in 1884, and remained so until its total devastation by allied bombing at the end of World War II, when the capital was transferred to what is now Kota Kinabalu. 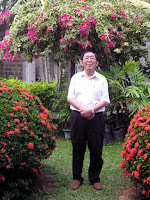 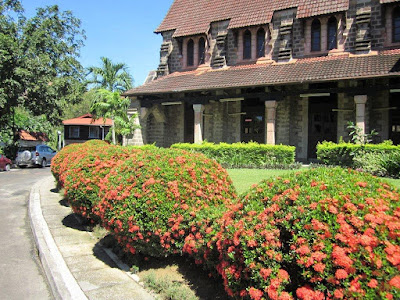 Sandakan, lying on a narrow strip of land between steep hills and the waters of the Sulu Sea, bears little evidence of its early history as a result of war-time bombing. Traces of the colonial period can be seen in the quaint stone church, St. Michael’s and All Angels, built in 1893 and looking like a typical English country church. It was here at St. Michael’s that I met a most fascinating Chinese Canon by the name of Sen Fen Chak. Pastor Chak is a joy to be around and the most charismatic Anglican I have ever met. His passion and zeal for the Lord is contagious as he shares his heart for revival in Malaysia. Pastor Chak was instrumental in organizing three of the local churches to work together for a series of Healing meetings throughout the week. 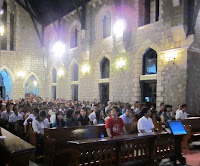 Over the three meetings hundreds of people were overshadowed by Holy Spirit resulting in many experiencing deliverance, healing, and a new understanding of the profound love of Father God! The last meeting in St. Michaels was standing room only and it was impossible to keep track of the of all the Lord was doing, however the young man who left seeing perfectly without his 4.25 prescription glasses or the woman whose deafness was totally healed or those who witnessed many miracles will not soon forget that Jesus is the same today, yesterday and forever!

As Pastor Chak has lived in Sabah for over 25 years, he knows many people and sounds the trumpet to visit the Korean Mercy ship “MV Hanna II” while in port, which it was during my stay. The mercy ship, directed by Pastor Barnabas and Hanna Park, brings the Gospel, medical doctors, dentists and various supplies to help the thousands of people in the remote islands of S.E. Asia. A full ‘tour’ on the MV Hanna II takes four years and the ship will dock in port cities including  those in the Philippines, S. Korea, Malaysia, Taiwan and where they can administer medical, dental and spiritual help to those in need. The Hanna ship is also a floating discipleship and bible school for students from many nations. This was my second visit to the ship to teach and minister to the crew and the “onboard discipleship school” which is always a delight! 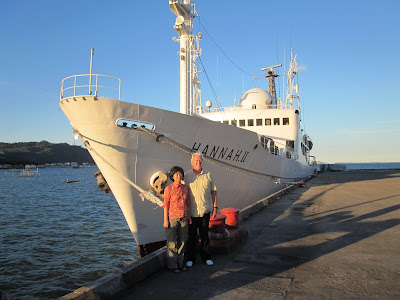 "Teach them the decrees and laws, and show them the way to live and the duties they are to perform. But select capable men from all the people—men who fear God, trustworthy men who hate dishonest gain—and appoint them as officials over thousands, hundreds, fifties and tens."-Exodus 18:20-21-