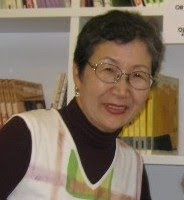 The Priscilla School is a wonderful school of intercession led by Mrs. Min, a powerful woman of God, who has been leading the group for many years. At Mrs. Min’s request, I was invited to offer a series of meetings focused on breaking free from the bondages of life (Beyond Freedom) that we can so easily accumulate. Over a three day period I had the privilege of ministering to a group of approximately 80 people and we saw the Lord touch many people with deliverance and emotional healing. Many felt encouraged and free from a variety of problems while physical healings happened in a spontaneous fashion as bondages were being released.

My second stop was at the Torch Trinity Theological College. The resident multi-national faculty is supplemented by visiting international lecturers. The Torch student body is drawn from varied traditions: Independent Bible, Presbyterian, Baptist, Methodist, Episcopal, Pentecostal, and more. The seminary is an educational institution whose primary mission is to equip Christian leaders. More specifically, this mission is accomplished through the formation of dedicated, trained, and knowledgeable professional ministers, evangelists, cross-cultural missionaries, educators, counselors, and leaders for the evangelization of the world, particularly the unreached peoples.
Unless you come as a child…..

I was very excited to be invited to teach and minister at this prestigious college for a ministry called ‘Heart Ministries’. A group of approximately 30 staff people run a 10 day School for children with a variety of learning disabilities while concurrently offering a teaching seminar on “Family Issues” for the Parents. I hosted an extended meeting with the parents of these special needs children, followed by prayer and application, and many were deeply touched. The last part of the day I taught and prayed with all the children, followed by a blessing tunnel provided by all of their teachers. The children loved it and several of them expressed that they saw Holy Spirit gently land in their hands like a dove. I was very moved to hear them share this revelation and even more so as I walked out of the meeting room and into the hallway. Two beautifully intricate white feathers were layed out on the carpet by my feet. Coincidence? I don’t think so!
Beholding His Beauty in Beijing

On Monday December 7th, I flew over to Beijing, to minister at the 21st Century Korean Church. This was my third visit to this particular community. Pastor Park and his Team of Pastors are wonderful men of God committed to building a large community of believers in the Beijing area. Their hospitality was outstanding as is the way of the Korean culture – excellent dinners, and of course “a shopping day” at the Silk Road Market. My first meeting was Wednesday at 5:00 a.m. and so I was up and awake by 4:00 a.m. and on the road shortly after. I was shocked to see the parking lot full of cars and buses as hundreds walked through the chilly air to the meeting house. A faithful crowd of over 500 came and we had a great meeting together. Later on in the day I preached again at the 10:00 a.m. and Holy Spirit fell and blessed many until close to 1 p.m. Holy laughter broke out and wave after precious wave and deliverance following for many. The first meeting on Friday morning was at 10:00 a.m., and I talked of the grace of sustaining a Revival. Prayer ministry time was extremely powerful as Holy Spirit washed over the crowd, bring refreshment, laughter, and physical healing and deliverance. By approximately 12:30 we closed and exited the building leaving many people out on the floor still receiving from the Lord!
Healing breaks out in Beijing


The meeting started at 8:00 p.m. and the crowd was over 600 people. After about 30 minutes of teaching on the topic that Jesus is our Healer, I asked the crowd to stand and get ready for their healing. In prayer we had to contend together for almost 10 minutes before we were able to break through. The healing began spontaneously all throughout the meeting hall. People lined up on both sides of the platform waiting to give their testimony. Two other Pastors (one from Taiwan and one from Seoul) had come over to Beijing especially for the meetings and they joined the 21st Century pastors and together we ministered. It was certainly Divinely inspired teamwork as one would pray, another give a word of knowledge, another catching people, another organizing the lineups and everyone being strangers to one another! After 2 hours or more signs and wonders followed and many received gold fillings, gold crowns and/or gold dust on their hands and faces. Incredible physical healings took place, from ears opening, lumps disappearing, from necks, backs, and armpits, hips being healed, arthritis, rheumatism, various injuries to backs and shoulders from car accidents, and on and on it went. Sinus’s cleared; one gentleman’s left lung was collapsed from an injury and spontaneously healed, followed by several receiving healings in the lung area. The owner of our Hotel received a gold crown on one of his teeth. Deliverance was happening as we proclaimed that a spirit of infirmity must GO..!! 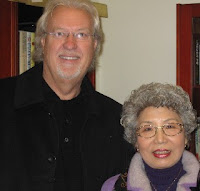 Sunday morning, I gathered my luggage and wheeled off to the airport. While walking out to the car, a woman came running up to me with her mouth wide open and a big smile. She had received a beautiful gold crown on one of her teeth, overnight while she was sleeping. What an awesome way to end the trip!
China South Korea