No Hope Without Love 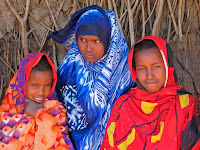 "We are forgotten people" said the people at the Kenya and Ethiopian borders.  This was a cry from people who had to leave their families because of severe drought and wars.  This is the very reason we have gathered; to help the victims, facing death due to natural and human-made disasters.  For the past ten years, we have devoted our lives to pass on unconditional love to a suffering world.  But even at this moment, a quarter of the world population still lives in despair.  Someone has to go and share hope with them.  As long as hope can be risen in their souls and spirits, shared love itself is the very power that transforms their despair to hope.....President Lee Yong Ju, Team & Team International 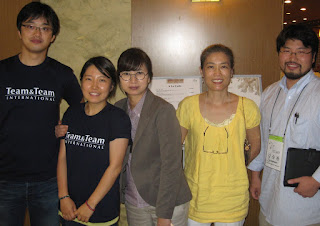 Team & Team International is an international relief and development NGO established in 1999 and this was my first time meeting with this amazing group.  Their mission is to share compassion to the victims in the particular regions of disputes and disasters, by providing emergency relief efforts and constructing infrastructures for water.  Once a year most of the leaders and missionaries meet together to review what has been accomplished over the past year and share vision for the future. And this year I had the priviledge of  meeting each morning over the week to teach on Intimacy with God followed by a time of prayer ministry.

Our meeting place was in the Hotel Alleve, a fresh new idea for a growing Busan. This hotel was purchased by one of the bigger churches in the city, and after an extensive renovation,  the hotel has now been converted into a multi use facility and centre of a vital Christian outreach.   From the Starbucks like coffee shop to the three floors of broadcasting facilities to the medical center, professional kitchen and dining room, and accomodation for missionaries and others needing respite, everything has been finished to a standard of excellence.  What a great venue for this dynamic convergence of NGO workers, volunteers and missionaries  to recieve for themselves some much needed rest, refreshment, encouragement and prayer.
I was also able to spend two evenings teaching at the Prayer Movement for Busan.  Hosts Soo-Young Choi, Abigail and Grace oversee this growing prayer movement for Busan.  Their focus is to see Busan impacted for Christ through target specific prayer based on information collected from the newspapers puclished by each district office every other week. They hope to raise up at least one prayer group of up to ten members for each of the sixteen districts who will commit to pray for their own district for one and half hours every week.  For a nation that loves to pray, this should be an easy goal and I believe they will far exceed their expectations in His Name!

2 Chron 7:14-16 If my people, who are called by my name, will humble themselves and pray and seek my face and turn from their wicked ways, then will I hear from heaven and will forgive their sin and will heal their land. Now my eyes will be open and my ears attentive to the prayers offered in this place. NIV