Having a Blast in Beijing! 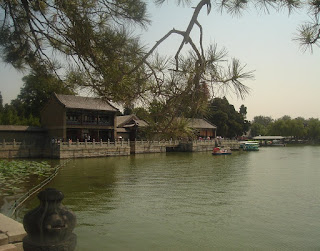 Beijing, a metropolis in northern China is the capital of the People’s Republic of China. It was formerly known in English as Peking. Beijing is China’s third largest city in terms of population (15.3 million people in 2005), after Chongqing and Shanghai. It is a major transportation hub, with dozens of railways, roads and expressways passing through the city. It is also the focal point of many international flights to China. Beijing is recognized as the political, educational and cultural center of the People’s Republic of China, while Shanghai and Hong Kong predominate in economic fields. Beijing is one of the Four Great Ancient Capitals of China and will host the 2008 Summer Olympics.
First Impressions


After a grueling one hour interview in customs, my translator and I were in desperate need of a good strong coffee. We headed into the pushing and shoving throngs and miraculously found our way to a Starbucks where we met up with the rest of our team (Katheren & Hal) and our driver!  As we drove into Beijing from the Airport I was blown away by the activity in the city.Literally hundreds of massive apartments, hotels and miscellaneous buildings are being constructed everywhere you look. Scores of pedestrians, bicycles, rickshaws, push carts and mopeds dodge through the heavy traffic like little ants, hardly aware of the impending disaster at every turn. And preparations are evident everywhere for the 2008 Olympics. Two million trees are in the process of being planted throughout the city, lining the main city streets and highways to and from the airport. Old parts of the city are being demolished and new buildings going up at the same time. 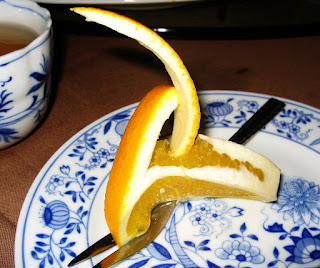 We finally arrived at our guest house and settled in, in preparation for the next eight days of ministry. Within forty minutes of arriving, we were invited to a beautiful apartment for an exquisite meal with one of the church members. Our host was the Chairman of a large corporation in China and we enjoyed an excellent overview and update of the city. Several other guests arrived and we were delighted to meet a woman who was overseer of one of the underground churches. She trains leaders of the underground church who are networked with approximately 100,000 Christians!


The Great China Wall was our first destination, as our driver barreled along the highway, basically unconcerned with the speed or other cars beside him. You have to be an aggressive driver to get anywhere. The Great China wall was not a disappointment. Thousands of miles of hand built stone walls and towers. The wall is approx 18 feet wide and 24 feet high. Construction began in the 7th and 8th Century B.C. For over 2000 years, Dukes and Princes and Feudal Lords contributed to the building of the Great Wall. It is a steep climb whether you go north or south from the starting point and stepping out of the van at the destination we were swarmed by many vendors selling everything from postcards to T-Shirts, and they will not take no for an answer. Whatever price they are asking, you will eventually pay 10% of the asking price if you like to stand firm and barter. It was great fun and in the end everyone is happy.
The next stop was the Forbidden City and Tienanmen Square. Viewing the huge open spaces of Tienanmen Square brought back memories of the young man standing in front of a army tank in defiance of their oppression. Between touring the Forbidden City and the Summer Palace Gardens, our day was full and exhausting. A cruise around the calm waters of the Gorge (a man made lake as a result of a hydro dam) was absolutely surreal.
A Visit with the Korean Ambassador to China


The wife of the ambassador was attending our meetings and was so touched by the Holy Spirit; we were invited to dinner at the Ambassador’s private residence. We had a wonderful dinner, and learned a lot about China. He is a very prophetic man and we were pleased to receive a prophetic word from him during our dinner.
Holy Spirit Overtakes Church 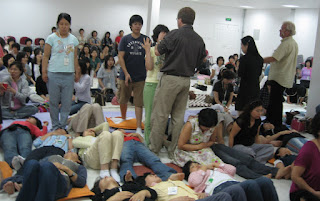 Although there are still many restrictions on churches, some are recognized by the state and are registered. As long as there are not any rallies outside of the buildings, things seem to be relatively safe. Our meetings were held at the 21st Century Church meeting in the 21st Century Hotel, with about a group of 3000 people on Sunday. They have two services and a youth service of 500 in the afternoon. After 15 years meeting in the Hotel this group is just about complete in the construction of a community facility which will function as a meeting place on Sundays., The meetings were powerful as the Holy Spirit swept through the crowd, for several hours, some having to be carried out of the meeting and driven home, as they were so overtaken with His presence. I have been in many revival meetings, and this was as strong as anything I have experienced in the past twenty years. The people are hungry and thirsty for the Lord and are full of faith.
I remain continually in awe seeing the Lord demonstrate his love for his Bride in this way and very thankful to Christine for opening the door to China to our team.  As always I am grateful to Minhee Ruby Kim (Mini) for working so hard to ensure an accurate and anointed translation.