I Feel His Pleasure! 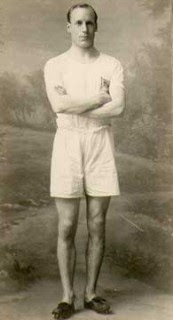 Eric Liddel (1902 – 1945) was a Scottish athlete, rugby union internal and missionary. He was the winner of the Men’s 400 metres at the 1924 summer Olympics held in Paris. He was portrayed in the film, Chariots of Fire. Born in China, Eric returned there as a missionary in later life.

“I believe God made me for a purpose, but he also made me fast. And when I run I feel His pleasure.” Quoting Eric Liddell (Chariots of Fire)

I believe God also made you and me for a purpose. Healed from terminal illness in the prime of my life, I love to share my testimony of how Jesus healed me and I love to pray for the sick to be healed. And when I pray for healing, I feel His pleasure!

Driving from the airport, school leader, Mrs Seung-sil Yoo, and I were talking about the things of God and about 30 minutes into the conversation, I noticed that my hands, my black jeans and the entire back seat of the vehicle were scattered with tiny gold particles! I mentioned this to Mrs. Yoo who was in the front seat and when she turned around, she was shocked to see gold particles on my face as well. Recognizing this as a sign of encouragement from the Lord, I was filled with excitement and anticipation of what He was about to do!
The BEDTS class was a little over 200 students, and Holy Spirit was very evident in the teaching and ministry times. Many of the students were touched and healed by Jesus – a man’s paralyzed face, healed; dripping eyes, healed; sports injuries, healed; disc issues, healed; sinus issues, healed and one woman even received a ‘white’ gold cap! Several deliverance’s also took place during the ministry times. The list goes on and on, but for the sake of time, let me just say that we ended the meeting with a powerful display of the Love of Jesus manifested by gold dust appearing on people’s hands as well as oil oozing out of their fingers and palms of the hands. 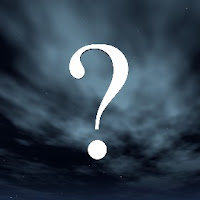 After such an amazing time of ministry, and a few days later, I was caught off guard when I was suddenly overcome with doubt and thoughts of ‘am I even making a difference for Jesus?’ I should have been quick to recognize where this was coming from, but instead spent the evening questioning myself and my effectiveness as an ambassador of Jesus. The next morning, a woman arrived on the train from Seoul. She came to tell me that she had received a gold cap at a meeting 3 years ago and only discovered it last month when she went to her dentist. She then told me that a woman I prayed for last year who was two weeks away from having surgery to remove a brain tumor, was totally healed, the tumor gone and the surgery canceled. Then she opened up her cell phone and showed me a photo of her son’s new miracle baby. (He and his wife had received prayer to be healed from infertility the year before!) Just hearing these stories totally removed the seeds of doubt planted the night before and I could feel the Presence of Holy Spirit refreshing my spirit – The power of a testimony never ends, never becomes stale, never disappoints, never returns void and is a critical key in overpowering the enemy! In whatever way you have been touched by the Lord, don’t keep it to yourself – give it away and know that it will accomplish much more than you could ever imagine!

Rev 12:10-11 For the accuser of our brothers, who accuses them before our God day and night, has been hurled down. They overcame him by the blood of the Lamb and by the word of their testimony. NIV

"God desires us to learn to steward our inheritance of the testimony. He has given us this vast resource so that we can live every day encouraged, and so that we respond to every situation in our lives with a strong awareness of the One who is with us, the One who invades the impossible. And when we as a people begin to live from the conviction that nothing is impossible, I know we will begin to see the fruit of victory in our internal and external battles." Bill Johnson