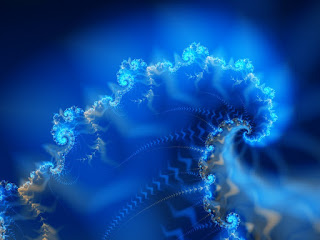 In 2001 I had an open vision of a huge Tsunami type wave coming towards the land. I was standing on a sandy beach, looking up at the wave as it was moving inland with enormous power. I knew that once the wave hit land, everything in it’s path would be wiped out, including me. Fear gripped me and unable to move I watched as it came closer and closer. Suddenly, it stopped – held back as if by the hand of the Lord. It began to gain even more height and power, the top of the wave being swept by the wind and cresting with powerful foam. While the wave was steadily increasing in size and power, it did not advance towards the land. Then suddenly across this wave stretching across the horizon from the left to the right appeared the word HEALING in large white neon letters. It was an incredibly beautiful vista and one I will never forget. The electric white neon letters against the azure waves, the power of movement and the promise of healing yet to come.
At that time I was ministering on the Gold Coast in Australia and shared the vision with the people there. The hosting Pastor was immediately overcome by the spirit and fell off his chair. He later shared that he had exactly the same vision and showed me a commissioned painting in his office that was IDENTICAL to what I had seen.
My prayer as well as that of many, many others, has been that the Lord would release the wave. I believe He has done that and healings, miracles, signs and wonders are taking place globally as never before in history. I encourage you to embrace this season with hope and faith and pray that many, many unbelievers will discover the love of Jesus through this move.
Prophetic revelation